Farm Flight is an imagery group based in Tempe, Arizona. They have a UAV-based platform that collects high-quality imagery at a low price and integrates useful technology into one place. Their goal as a company is to help farmers grow profitably and sustainably by working with industry experts.

When operating on vast amounts of land on thin margins, farmers and ag professionals can’t afford to use inaccurate data. That’s why Farm Flight has partnered with Agremo. Farm Flight and Agremo established an easy-to-use system that can quickly identify and quantify many different data points from fields at low costs. This has allowed farmers and ag professionals to see dramatic reductions in herbicide costs, accurate yield estimates, targeted nitrogen applications, and more. 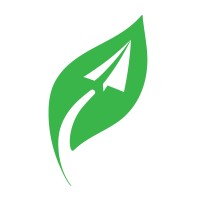 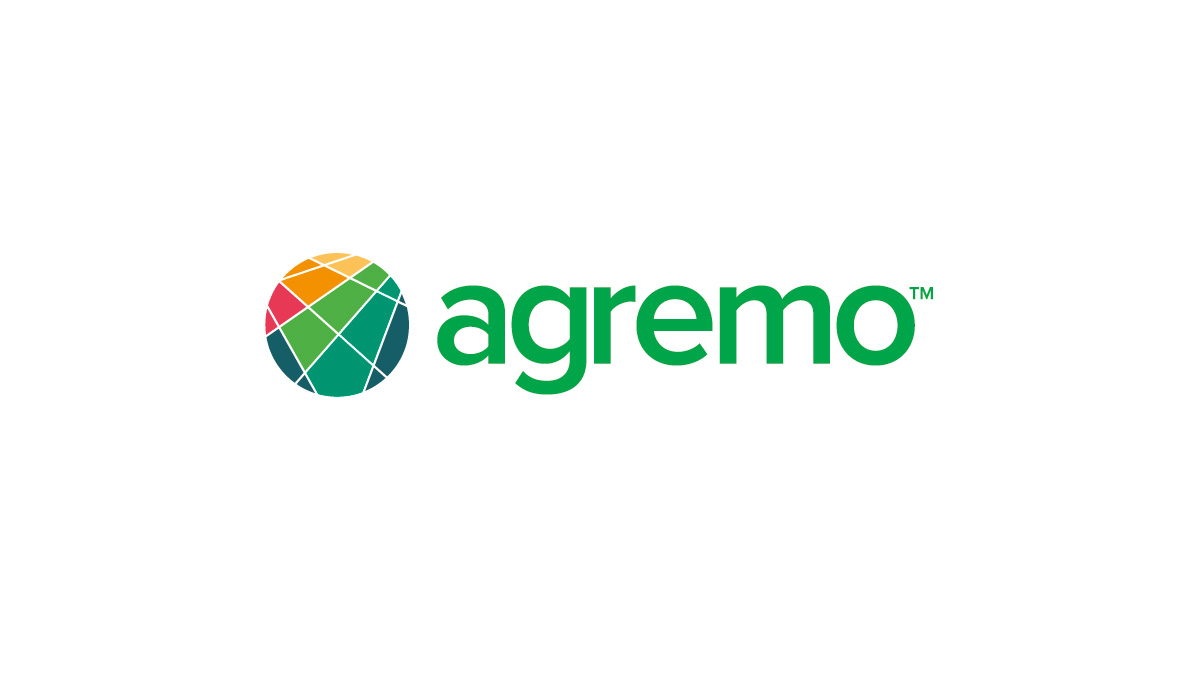 Farm Flight works with farmers, researchers, and ag professionals who want to improve their operations. They use drones to collect high-resolution multispectral imagery, and while those services provide tremendous value to customers, quantified data is needed. Agremo fills that gap. By producing precise quantified data and in-depth field analytics, they are helping farmers make data-driven management decisions. Moreover, Farm Flight is now empowering their clients with precise analyses and reports which can be used to make long-term decisions.

The farmer sprayed a field prior to planting soybeans and while planting, noticed a section of the field where the herbicide did not terminate the weeds. These weeds had become tolerant of the product(s) being used and the farmer needed to respray. The farmer used Farm Flight imagery to determine that out of 280 acres, only a small portion was affected. The farmer created a VR spray file to only apply chemicals where the weeds were detected instead of across either the entire field or just the portion of the field that still had weeds.

A farmer planted corn ahead of what was forecasted to be only a small storm but brought over 2” of rainfall. The Farm Flight dealer then used imagery and stand counts to evaluate the overall stand of corn while the plants were only a few inches tall. The field still had water standing and was too muddy to walk even though it was strip-till. Prior to using Farm Flight services, the dealer would need to walk this field or fly a drone to conduct stand counts. Either method would only capture a small percentage of the field instead of the entire field. The farmer then used the chart to know how many acres were in the red (lowest count) and was able to use tillage and replant just the worst areas.

“The nice part of Agremo is that the analytics work across the vast majority of crop types that we service. From weed analytics on corn to stand counts on wheat, Agremo offers highly customizable analytics.” 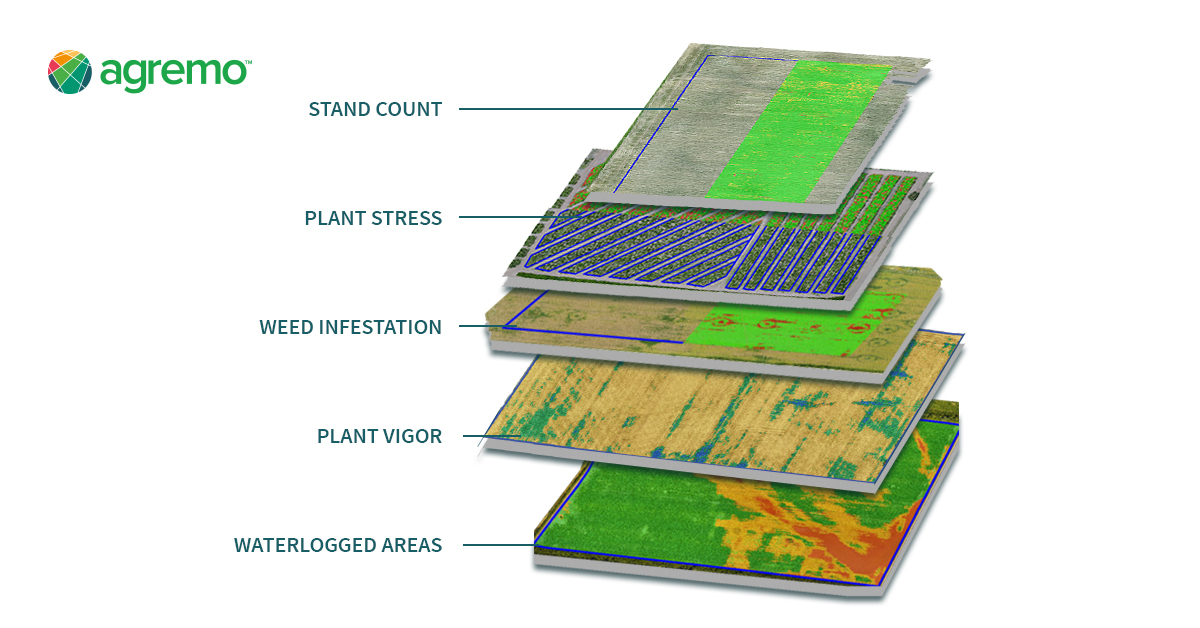 When Sam and his team were thinking about improving their business, their first thought was to find a partner that will help them with field analytics. Just an idea of turning a blade RGB image into a stand count or weed analysis was good enough to start working with Agremo. Quantifying what images were showing was very important to them.


So, they had the equipment to fly a farm and produce images, and by adding Agremo’s technology to the whole process, they could provide farmers with more useful data. Their farmers would receive SHP files containing information such as where exactly on the field to apply herbicides, pesticides, and so on. On top of that, farmers were able to plug SHP files straight into the tractor and to make smarter decisions based on provided data from the field.

Satisfying the clients’ needs such as improving their operations on the field and reducing their expenses, was definitely a game-changer for the Farm Flight business.

“Agremo is helping us go beyond providing imagery to providing clear steps towards increased profitability. By turning images into undisputable data, Agremo takes the guessing out of imagery.” 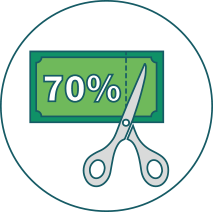 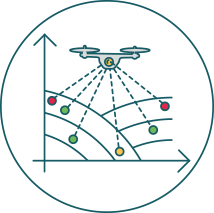 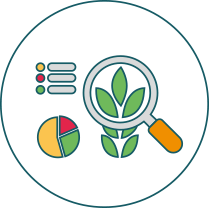 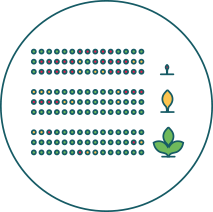 What were the results?

By using Agremo to analyze UAV imagery, Farm Flight has gained positive results with their clients. They were happy to share the two common examples (above) of helping farmers in their seasonal activities. 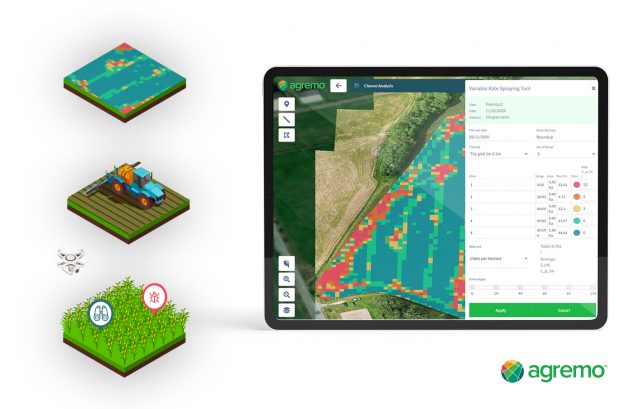 Want to become our next success story?

We at Agremo are fully dedicated to helping our clients and their success is our success too! This is a story of a prosperous collaboration that still lasts. If it inspires you to do something and question the challenges that are stopping your company from achieving great results, think about how we can help.